Cliffs shaped by time, plunging into the sea; caves and underwater grottoes; rare lifeforms such as coral; marine flora and shoals of fish: the spectacular landscapes of the north-western tip of Sardinia

As you go along the coast towards Alghero, the imposing rocky peninsula of Capo Caccia appears, projecting out over the sea like the bows of a ship. The cliffs which descend steeply to the blue sea , the islands of Piana and Foradada, so called because a tunnel on the sea surface goes through it, and the wide bay of Porto Conte as far as Capo Galera, are part of a protected marine reserve, one of the richest in Sardinia.

[read more]
Red coral has the place of first importance in the depths of the sea: if you swim underwater under the arches and vaults created by the force of the sea, among the dentex and crabs you will see the colourful reefs of the precious animal that has made Alghero famous as “the capital of Mediterranean coral”. There are, however, less showy treasures of equal value. For example, the immense field of green algae in the sheltered Gulf of Porto Conte. The long lamina shaped leaves produce an expanse of green as far as the eye can see, an unexpected area of biodiversity, as varied as a tropical forest. Here a large number of fish, sea urchins, shellfish and molluscs are looking for prey and in their turn trying to escape from predators. The force of the sea has carved out a series of grottos in the sides of Capo Caccia. The most famous and most popular are Neptune’s grottos. You can arrive directly by boat but the hardy can come by land and climb down the 654 steps of the “Escala del Cabirol” (The Deer Steps).

While Capo Caccia is a paradise for skidivers, it does not disappoint those raising their eyes to the sky.
Pelegrins can be seen in steep vertical dives chasing wild pigeons and there are also griffons, those large vultures that have their few remaining nests in our country on these rocky walls. In the northwestern part of the promontory around Punta Cristallo there is an animal sanctuary called Arca di Noè where deer, weasels, mouflons, Giara horses and wild boar live in peace.
A curiosity: barracuda.
In the cobalt blue sea around the rocks of Capo Caccia shoals of barracuda move sparkling on the sea floor.
This is typical of the tropics but has become a frequent sight also in the waters of the marine reserves on the island. 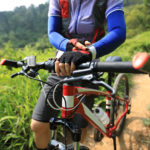 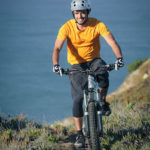 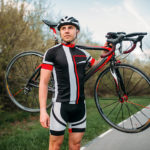 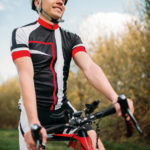 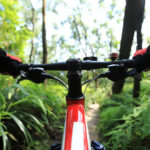 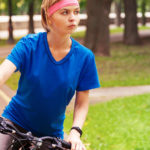